In the second segment of the Coen brothers’s recent film, “The Ballad of Buster Scruggs,” a Western anthology, a bank teller confronting a bank robber in the middle of a forlorn, barren prairie comes ripping out of the bank covered in cooking pans from head to toe, a washboard strapped across his chest.  The bullets bounce off of his clanging culinary armor.

The scene is typical Coen brothers—unorthodox, quirky and funny.  But their idiosyncratic characters wouldn’t come to life on the screen if it were not for their long-time collaborator, Oscar-nominated costume designer Mary Zophres. On Thursday evening, the Museum of the Moving Image in Astoria, Queens, honored Zophres, whose father was born in Greece, with a special screening of the film and a question and answer session to open a special exhibit, The Coen Brothers Go West: Costume Design for The Ballad of Buster Scruggs.   The exhibit, located on the museum’s second floor, features 16 of the film’s original costumes plus many of Zophres’ storyboards and sketches.

“As she has done for such Coen brothers films as True Grit and No Country for Old Men, Mary Zophres created costumes for The Ballad of Buster Scruggs that embody a deep understanding of each character and the history of the American West,” said Barbara Miller, senior curator of collections and exhibitions at the museum.  “We are thrilled to exhibit these exquisitely detailed, evocative costumes, as well as material that demonstrates the meticulous research process that informed every design decision.”

During the 20-minute question and answer session after the screening of the movie, Zophres described that process, saying that she gets inspiration from the Coens’ scripts, but then visualizes the characters herself with drawings and careful research.  This is the 14th film that she’s worked on with the Coen Brothers, films that include “O Brother Where Art Thou,” “Fargo” and fan favorite, “The Big Lebowski.”

“You can’t find what is written on the page in a costume house,” she told the audience. “You just can’t, so you have to sketch.”  And use a little imagination grounded in historical research.

Take the “pan man,” for example.  “I’m sure what you’d think of when you read that in the script is the same thing I did,” said Zophres.  A man covered in frying pans. But before she could simply hang a bunch of pans off of the actor and call it a day, she had to find out what kind of pans were in use back in the 1870’s.  So she went to primary sources, like letters and diaries from the late 19th century.

The washboard, however, was her own special touch.  She wasn’t sure if the Coens would approve.  “They liked it,” she laughed.   “But it was still terrifying. How are you going to make sure all the pans stay on?”

They did. The pan man’s costume is one of the 16 on display at the museum. 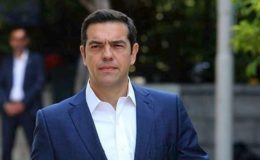 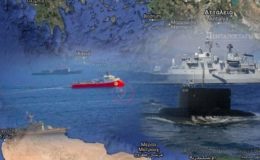 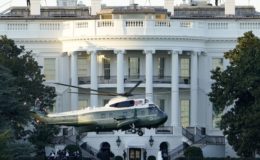 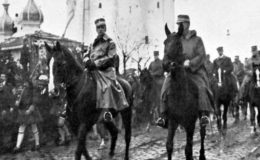