Eurovision Song Contest 2022 will be held in Turin, Italy in May 2022, after Måneskin’s victory in Rotterdam. Find all the information about Eurovision 2022: Date, City, Participants, Arena, Eurovision Village, Euroclub and Euro Café

The Eurovision week will have three shows: Semi-final 1 on Tuesday, Semi-final 2 on Thursday and the Grand Final on Saturday:

Turin is placed in the north-western part of Italy, close to the French (50 km) and Swiss border (100 km). The city’s international airport is called “Caselle International Airport Sandro Pertini” (airport code: TRN), about 13 km from Turin’s city centre. It is connected to Turin by rail (from Dora Station) and bus (from Porta Nuova and Porta Susa railway stations).

The city of Turin has a population of 847,000 (Turin metropolitan area 2.2 million) and is one of the important business and cultural centre in northern Italy. The city was the first capital of the Kingdom of Italy from 1861 to 1865.

Just before the Eurovision 2021 Final, Claudio Fasulo the Deputy Director of Rai stated:

– We hope to win because we would very much like to host the biggest musical event in the world within our borders. In 2017, before leaving for Kyiv, we talked about the possibility of hosting in Turin because it had all the necessary characteristics to host.

There are a number of conditions that a city must meet in order to be able to organize the Eurovision Song Contest.

For example, the location must have room for 10,000 people and be available for a total of five to seven weeks. There must also be 2,000 to 3,000 hotel beds available in the region – preferably no more than forty minutes away from the party location. The city must submit a plan in which this is reflected.

The Pala Olimpico (also known as Pala Alpitour) is a multipurpose indoor which has a seating capacity of 12,350. This arena is considered as the largest indoor sporting arena in Italy and has become one of Italy’s most booked venues for large-scale concerts.

The arena opened its doors to visitors for the first time in 2005 under the name “Pala Olimpico”. Since then, there have been numerous concerts and sporting events in the arena, including the ice hockey tournaments during the Winter Olympics in 2006.

EBU Member Broadcasters, on behalf of their countries, had until mid-October 2021 to formally submit their applications to take part in Eurovision 2022.

Russia should have participated in Eurovision Song Contest 2022, but was kicked out after the invasion of Ukraine. 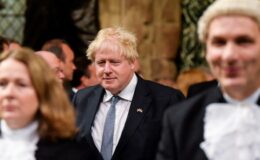 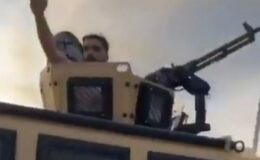